Here's a status update for LongTurn games 1 and 2.

Hm, that's some strategic information shown there. Ok, those are testing games and it's all a game anyway and people should relax and all, but please don't publish full maps anymore

Corbeau wrote:Hm, that's some strategic information shown there. Ok, those are testing games and it's all a game anyway and people should relax and all, but please don't publish full maps anymore

Ok, I will not publish such maps any more. These are testing-games, and advance notice without any objections was given. It is also useful to use these testing-games to better understand what to change and improve for future games. The blog-post is also useful for getting new players to join LongTurn games on Freeciv-web.
Top

AndreasR wrote:Ok, I will not publish such maps any more. These are testing-games, and advance notice without any objections was given.

As for the rest, this is absolutely right! I was only objecting on the map that literally shows units and cities, including if they are empty or not (although everybody shold know better by now not to leave their cities empty, but still, if it was temporary and someone was fast enough... nevermind).

But maybe it would be good discuss ideas about what else could be posted as info. Any traffic is god propaganda. i forwarded that post on the Facebook page, eagerly waiting for more. 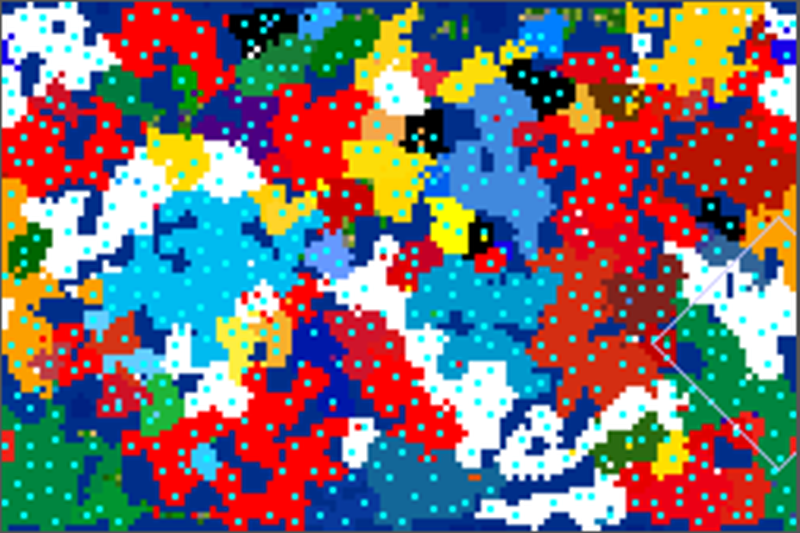 LongTurn-Web game 1 on Freeciv-web is now at turn 120! This was the first game, and sort of a testing game. Here's an image of the national borders of the nations, to be used to better understand these types of games and to improve future games: 560 CE Pliny the Elder reports on the most ADVANCED Civilizations in the World.

Since the game has now been forcibly ended and the odds of it being continued are negligible, I am hereby claiming victory for our alliance, consisting of the following eleven players:
At this point, I would like to specially mention Corbeau, whom I've included even though he was banned (which was a total overreaction) and thus couldn't ally with all of us, leading to us preparing to wipe out his civilization before a newly joining player could take it over on cause of going idle.
I would also, more importantly, like to draw attention to Dorothy, who was the single most powerful player in our alliance and the entire game. Without her investment and sheer skill, we probably would not have been where we were at the end.
Lastly, let this be a shoutout to Mooreinstore, who started this whole alliance in the first place by contacting Corbeau and me in the early phase of the game. He was the spark that ignited our flames of glory.

In the time before being spontaneously cut off, the game was fun. I thank everyone who entered diplomatic relationships, as well as everyone who provided a challenge in combat. Raise a glass to a war well fought!

Cheers, and may you always find fun games to play,
Caedo, First Secretary of the Ryukyu Domain
Top

I would just like t say that the most fun part for me was sending an explorer and a diplomat halfway across the world - with all the risks included - to connect with Moore and the trail it left on the map. It truly was an Age of Discovery.

If you people enjoyed it, I would like to invite everybody to join LT40. I have a feeling it will be less prone to solid alliance blocks and low-diplomacy "game of chess", as someone called them, as other Longturn.org games. I am now announcing that, once it's over, I will save LT40's end results for future scoring and comparison within what I hope will become a Longturn league.
--
* Freeciv LongTurn, a community of one-turn-per-day players and developers, contains forum: http://longturn.net
* Longturn Discord server; real-time chatting, discussing, quarrelling, trolling, gaslighting...
* What Is Longturn?
Top
Post Reply
20 posts