Fuel for submarines in LT50

Fuel for submarines in LT50

by wieder
We now have fuel for sumbarines and nuclear submarines in LT50.

The idea was to make subs more dependent from the bases and make the distant colonies more interesting and something you need to have if you want to have the underwater beasts lurking around the enemy coasts. The docs however say that there may be a problem with fuel if it's used for other than air units.

Now the question is, what would not work correctly? I assume it might be for AI (that we do not really use) or for returning to a base when the fuel runs out. Submarines have fuel for 6 turns and nuclear submarines (more moves, can move nukes) for 7 turns. We are already using this setting for LT50 and the question is, what should we monitor or try to check when we try to see if the fuel stuff is working ok or not?

by cazfi
There used to be a lot of behavior hardcoded to assume that fuel using unit is also an air unit, but I don't know if any such assumptions remain. The documentation should be updated. In 3.0 fuel is meant to be used for ships that need to replenish their food stock, with the new "Coast" unit type flag, so I certainly hope that fuel now works for non-air units. However, you are the first ones to run a extensive test, so good luck.

(The old behaviors included that only airbases would act as refuel bases, non-air units may spontaneously retire (like barbarian units), path finding would assume that no terrain can block the movement, in general path finding would behave very badly, including crashing and entering infinite loops, with non-air fueled units. Several path finding problems were fixed in 2.6.1, so 2.6.0 is not enough here) Err... Or is this LT run on 2.5? That doesn't sound good...

by jwrober
LT50 is a 2.6.x game. The LT team does custom compile the server so I am not sure how pure 2.6.0 it is in this case. It will certainly be interesting to see how this change really works. I like it, especially for the non-AI based LT games.

by Wahazar
LT50 is without a doubt 2.5 game.
Longturn.net is still not compatible with 2.6

Currently it seems that there are no real issues with subs using fuel. There has been multiple cases where people reported that there is some lag with moving a sub and I can confirm that. It's nothing that would really affect the gameplay. Maybe a 1-2 second lag for sub gotos. The subs have fuel of 6 and the subs 2 (nuclear subs) have fuel of 7. In both cases the goto allows you to go beyond point of return. That however is not a problem in our games. Maybe an annoyance for some people but I wouldn't call it a problem.

In any case it was intentional decision to have subs that will use fuel, will slow down when wounded and will also be lost on sea if the fuel runs out because it can't return to the base because it's wounded.

The testing was not 100% complete and only a real game will tell us how it will be.

We also added this Square-Rigged Caravel unit (unique, intended for defending your coastal areas as it's the only naval unit of the time with good attack capabilities) that is also using fuel It has fuel of 4. It will be available with magnetism. It's now T20 so we may know more in maybe one month. For the subs I believe it will take 10-12 weeks.

I stand corrected. I was going off of what is in the LT forum post. Must have missed that went with 2.5 still.

by Wahazar
BTW, what is a current state of art for 2.6 lt.net?

A game should have already been played with it, but... things happened.

by wieder
Yes 2.6 is under construction.

We have this Op-42 working group Lexxie invented and the latest events have been posted there. And not much has happened lately. I'm planning to have a look at it "soon" but no idea how soon that will be. Preferably sooner than later.

I can now compare the old and new database connection integrations. 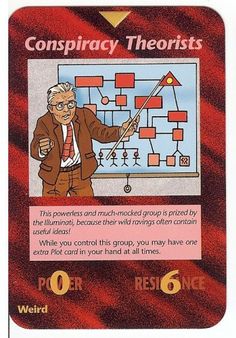