by Wahazar
Supersoldiers looks nice.
Ninja still too static, it is unique unit, which can attack or investigate city from aboard the ship,
I was thinking about something like 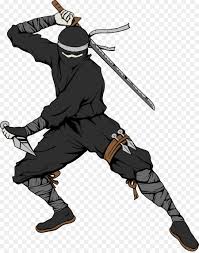 your cannon is very similar to Bombard:

- I think I can it just rename to Bombard, because current image is ugly downscaled 3d model prtscrn.
Difference between bombard and cannon are huge, like between artillery turret and howitzer - first one fire straight but can't move by own, second one have indirect plunging fire (bombardment action) and have wheels thus have (limited) mobility.
So I need cannon with more steep angle of the barrel, and with better visible wheels.

Ok, shuffled the pixel around...

by Wahazar
I noticed following message (probably during/after closing client window, because it was visible on terminal console):

by XYZ
Would it be possible to implement castles? Basically a fortification where you could also produce units, upgrade your troops and that in turn costs you maintenance. Im pretty sure I could provide graphics...

by Lachu
I think castles aren't possible in Freeciv. You can produce units only in cities. Cities don't have flags, so there's no way to recognize some city is an castle or normal city. Cities have workers (but if somebody will implement city flags, you can set tile_workable effect to 0, if castle is set; other effect like decreasing food production will be also possible).

by Corbeau
A castle is basically a small city.

by Wahazar
Well, it is doable as an improvement, which add size limit effect.
Such castle can give high defense against attacks and infiltration, and additional veteran level, but limit city size beyond 2.
I already have such effect implemented for City Walls, but of course for much higher value
(48 if I remember correctly, more expensive bunkers have no limits).

by XYZ
Want a more amplio looking brig? Its not swimming diagonally though...
All times are UTC
Page 12 of 16
Powered by phpBB® Forum Software © phpBB Limited
https://www.phpbb.com/